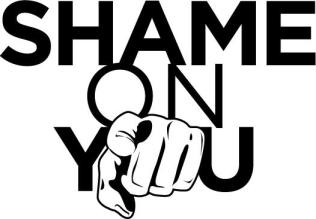 I’ve written previously about the use of patriotism in advertising (click to read). I mentioned that, done well, patriotic imagery and feelings can serve to hyper-charge a creative idea, immediately dialing up on emotion, relevance and even comprehension.

What I neglected to mention was that, done poorly, the result can be something crass, cheap, boorish, and completely lacking in basic civility. Why didn’t I write about this? Quite honestly because I couldn’t think of any examples, I thought this was not something you would find in today’s advertising world. But I was wrong.

On Friday, a friend posted this commercial on Facebook. It’s a real ad, titled “homage to the fallen and veterans of the Malvinas War” (Malvinas is the Argentine name for the Falkland Islands). It was produced for the Argentine government by Y&R in Argentina, drumming up a little fervor in anticipation of the coming Olympic games in London.

Below is what I wrote under his post – I’ll share it with you because I think it reflects my immediate gut feel upon seeing it. In case you don’t know, I’m from Argentina and fairly patriotic – so presumably I’m the target audience!

“Are you posting this because it’s something you like, or the opposite? Because I thought it was TREMENDOUSLY idiotic. It starts off nicely, with a solemn touch and nice interest level. But this thing of ‘we train on Argentine soil’…please – that’s the provocation you’d expect from a 10 year old kid! Regardless of whether we all think that “the Malvinas are Argentine”, the reality today is another, and the Kelpers are pretty clear on this point. Going to someone else’s home under false pretenses, and then to air this, it’s just pathetic. Besides, with all the greatness of Argentine sport today (soccer, basketball, hockey, tennis, etc.) to unearth a crass nationalism from 30 years ago I think it’s frankly beyond words…”

I still feel the same way today. Interestingly, so does Y&R Corporate. Below is a press release from them (can’t remember the last time, if ever, that I see an agency issuing a denouncement of a real ad from within its own network!)

While we don’t believe it was ever the intention of the ad’s creators to desecrate a war memorial, they behaved in a manner that is unacceptable to our company. Furthermore it is against our policy to be involved in anything that is politically motivated. In addition, this spot was also offensive to the Olympics spirit. Whatever it was the creators set out to highlight, what they produced is contrary to everything that we as a company stand for.

We are deeply regretful for the pain this ad has caused and apologize to the many who have been rightly disturbed by it, as have we.

If it were up to me, I would like to see an apology from Y&R Argentina to all of us (not just the Brits). I would like to see the ECD take responsibility here, because something like this does not leave the house without everyone having signed off on it. And yes, I would like to see heads roll…but only if it’s at the very top (the poor 23-year-old art director that’s going to get blamed probably has more to give, and he will learn his lesson. Plus, the cinematography wasn’t bad.)

What is the lesson here? In general terms, that the extremes are always bad. That you need to have a little class, a little judgment. That passion needs to be tempered by perspective. I could go on.

I think we should expect much more from advertising. It should be a force for good, a medium for elevating our human experience. Not this crap. Shame on you, Y&R. Verguenza, chicos – en serio.

PS: Ouch. This one is going to hurt. http://www.adweek.com/news/advertising-branding/wpp-chief-sorrell-appalled-yr-falklands-olympics-spot-140048

Update May 8: One of the comments below reveals that this is even more deplorable than I thought. Turns out this is one of those “coat hanger idea” ads – a floating idea created independently of any client or business need – for which then you go and hunt a client after the fact. They shot the film, then went after two media groups to “brand” it. Having some class, they refused. But you can almost always find someone to pin their name on it, when you’re footing the entire bill. Pathetic. I’m hoping that Martin Sorrell will prevent this from entering the award shows. Let’s see if proper manners wins out.

11 thoughts on “When advertising plunges to pathetic lows”